Podpadstudios is based in Devizes, Wiltshire. It is a small independently run model making studio, specialising in models and props for Film, TV, Theatre and Exhibitions. The owner, Mark Enright, worked for a few years at Sheperton Studios as a Prop maker for film and TV after completing a BA (Hons) degree in Fine Art. There followed a period of working in secondary education, teaching Art, Music, Drama and Computer Science.  In 2015 he decided to take the exciting decision to take Podpadstudios into the commercial domain. Much of the existing portfolio of work has focused on animatronic robotics and Sci-fi inspired props.
The studio is always looking for that unusual project using alternative and unconventional materials and is always interested in moving models and props. 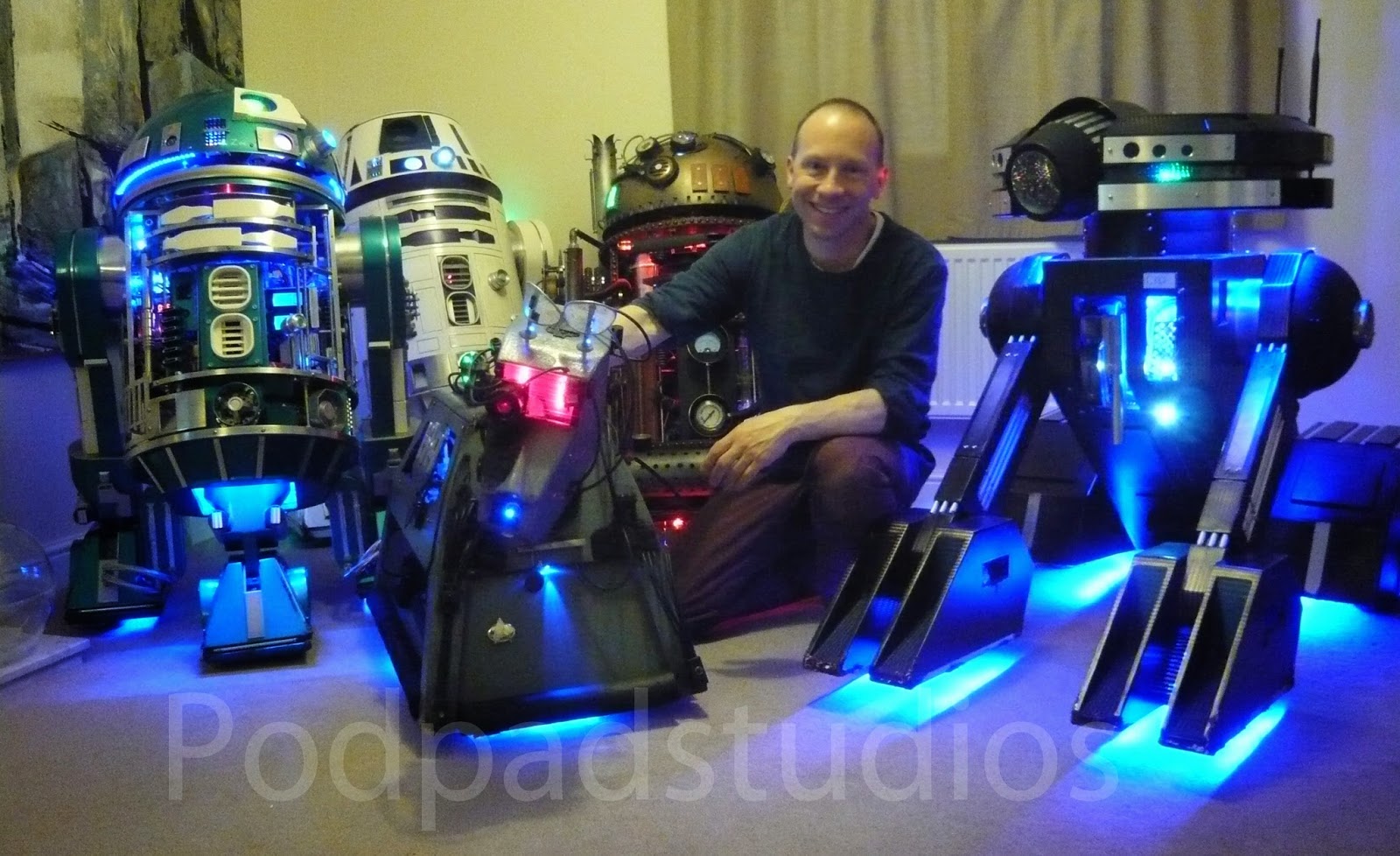 In the Studios current collection or recently commissioned or completed.

About the Music side of Podpadstudios when I am not building props and models.

"I certainly don't consider myself to be a professional musician, however, I love music production and composing of any sort. Electronic music is my favourite Genre and am highly influenced by the work of Jean Michel Jarre and the early 80's synthesiser pioneers. I play drums, keyboard and attempt on occasions to sing. My studio that is built on the back of my house is mainly use as a home recording studio and an area to just chill out and make music. I do struggle to use the space at the moment due to both my sons being musicians and wanting to spend all there time in the studio. One son in particular has now decided to start his own YouTube channel and share his singing with the world.
I am particularly proud of my drums as they are all scratch built. They are an electronic set built from old acoustic shells, however, they have been many years in creation and now tuned to perfection. Of course due to my love of anything LED they have sound reactive LED systems in them that can also trigger midi and dmx lighting triggers. At the last gig I played at I got the opportunity to connect everything up to a hall lighting system which was great fun, for me and the audience".
Mark Enright 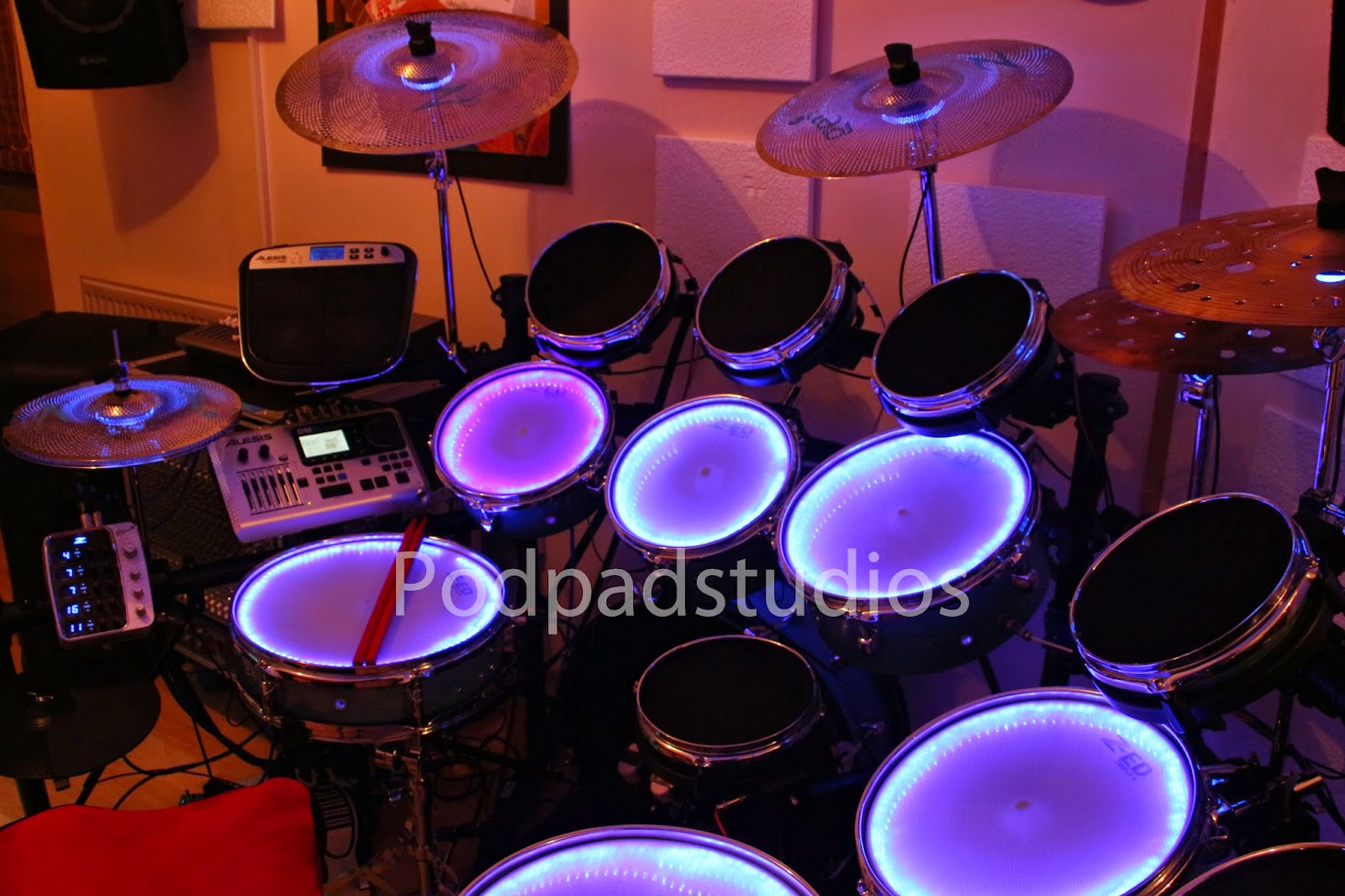 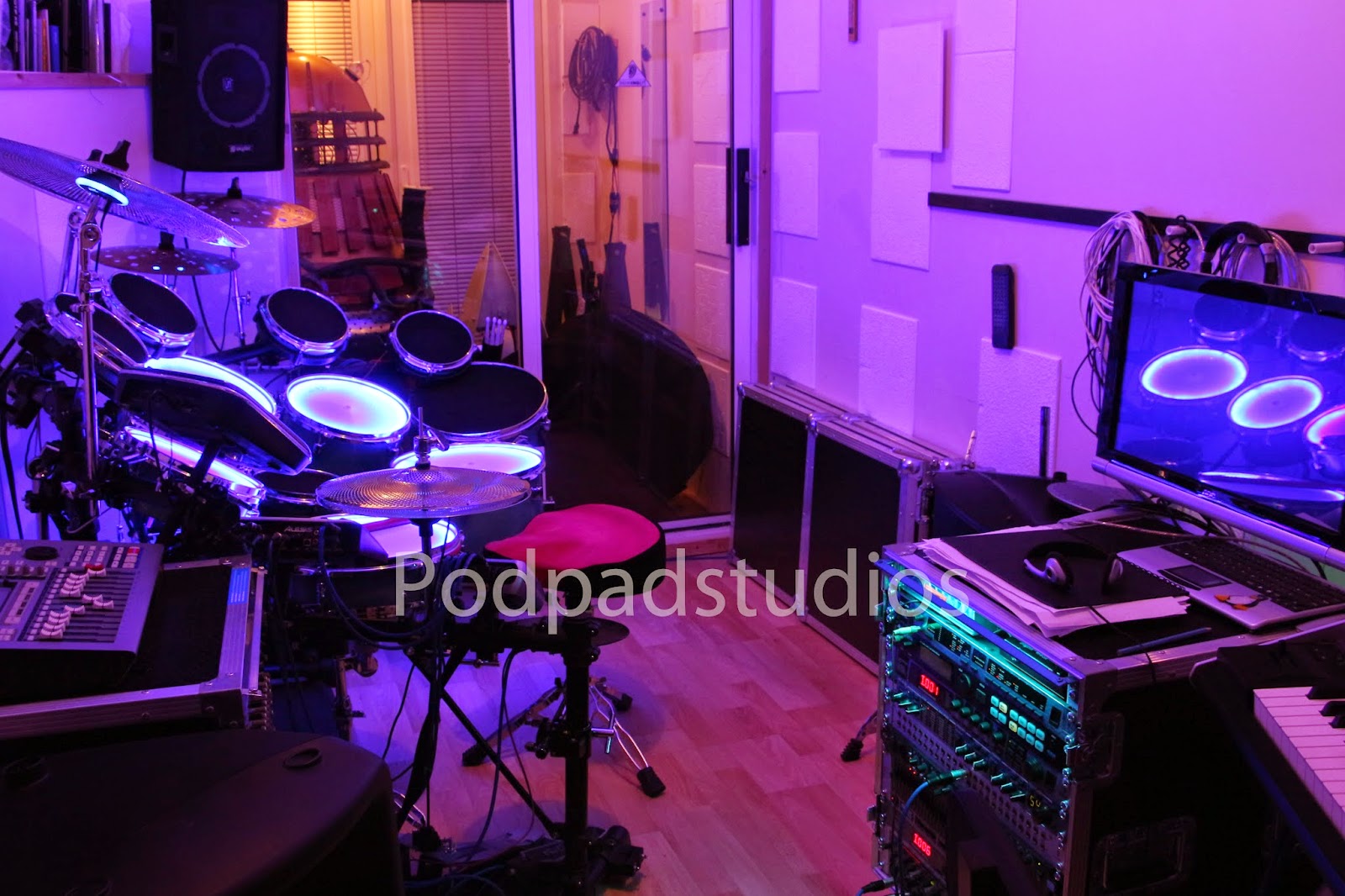 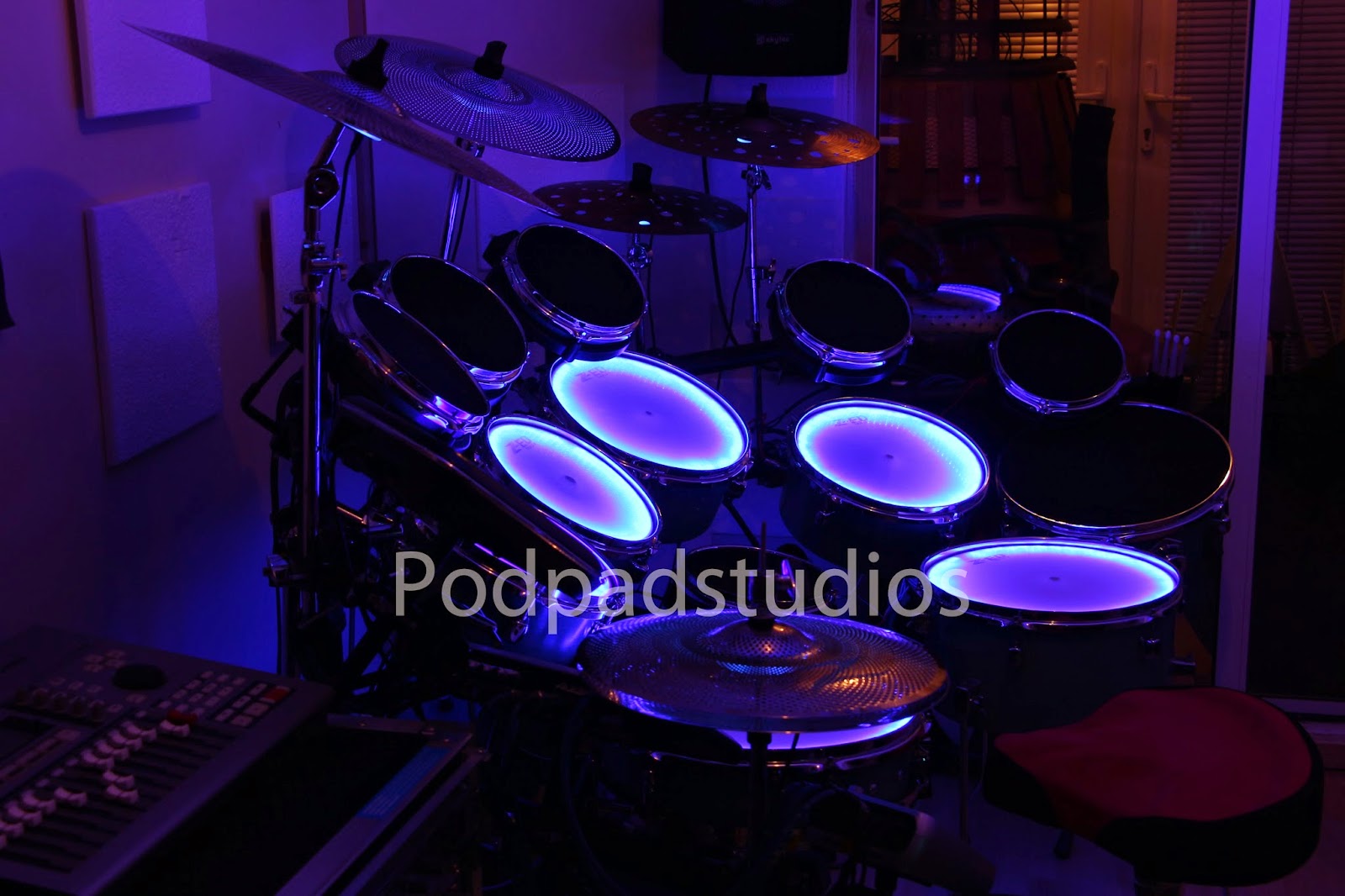 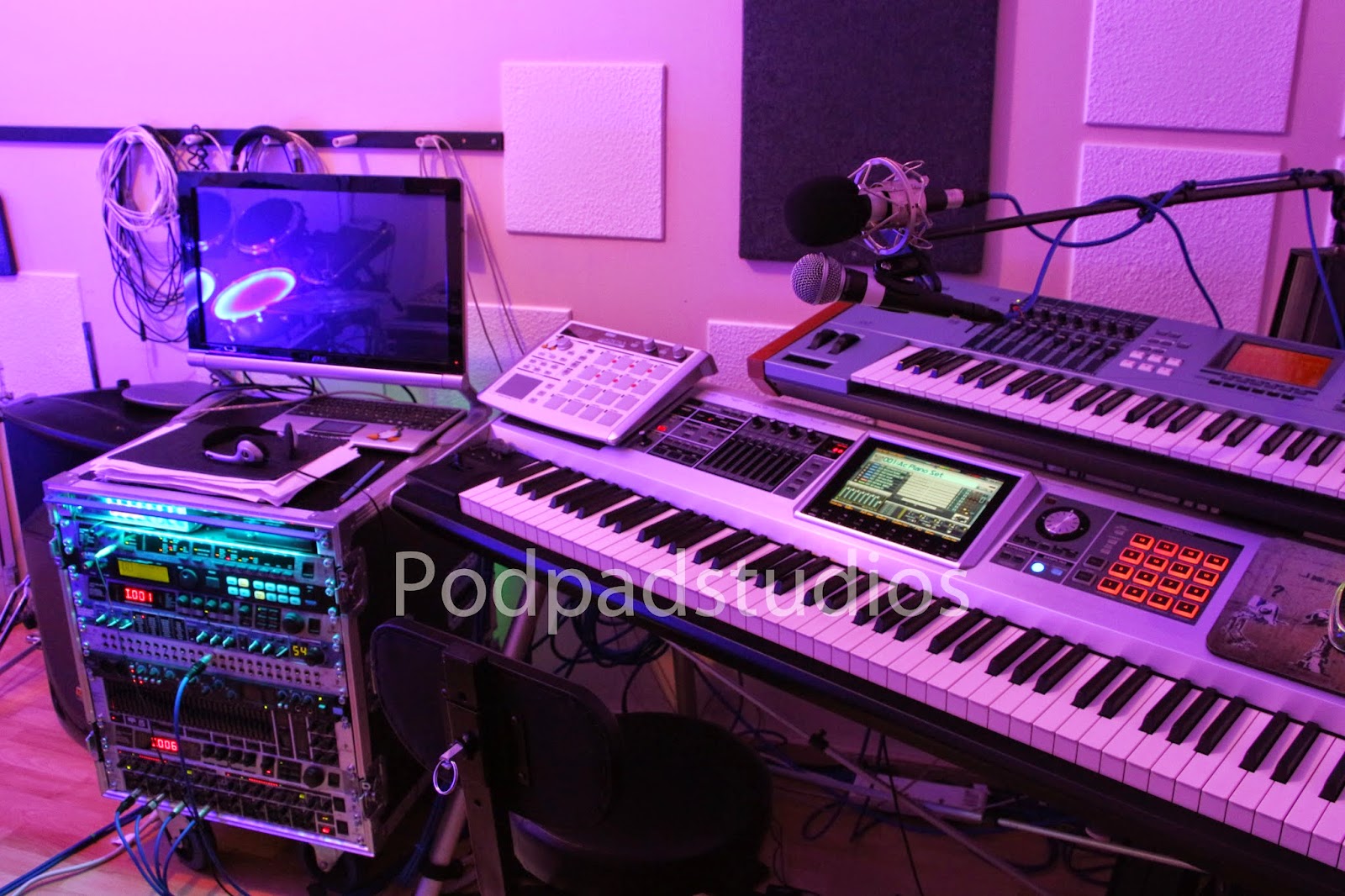 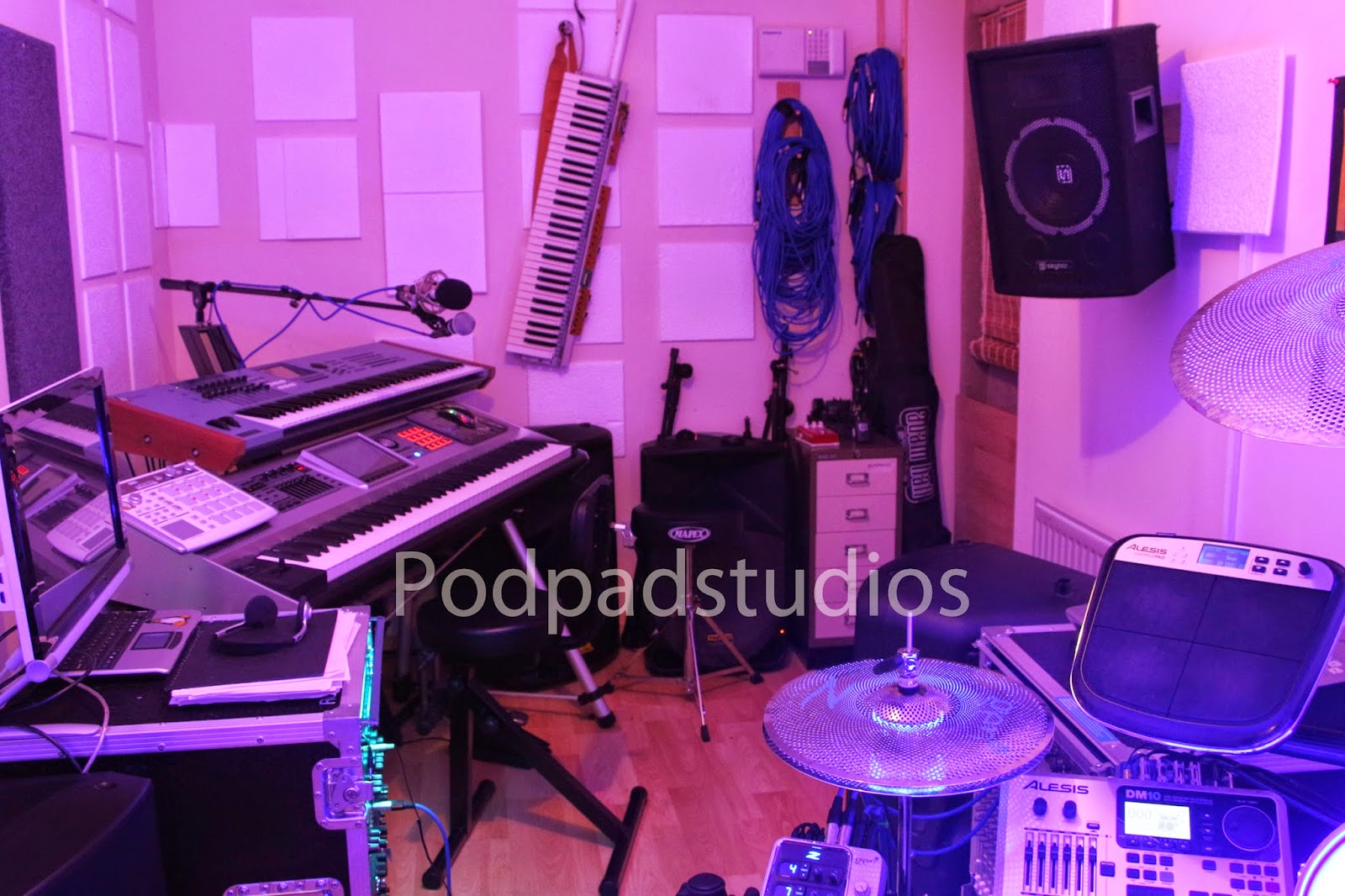 Posted by Podpadstudios at 10:43 No comments: